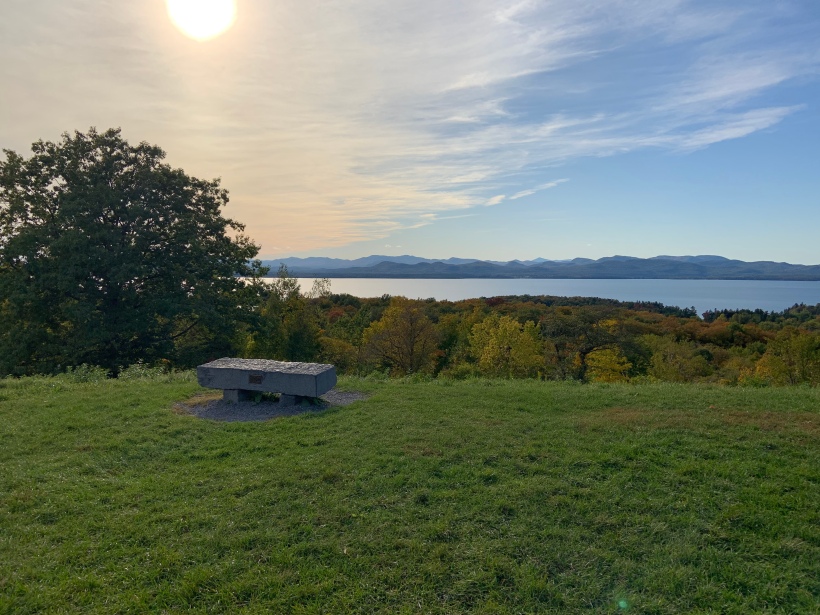 On Sunday we arrived at Apple Island Resort RV park by Lake Champlain in South Hero, Vermont. We had one day of rain, but it’s been sunny since then. This week we’ve been enjoying a large community center at the park for our homeschooling time. Zoey said it feels like home to her. There is a gym next door so the kids have been having recess in the gym. They hop on the treadmill or the elliptical machine and smile their way through exercise. Zoey says to me, as she sprints and I take my time walking, “This is so fun!”

It’s nice having a larger area to move around for school, but I have to force myself to go to the community center every morning. Since I started homeschooling the kids a month ago now, I’ve had a guilt complex about the kids not being at a school. I feel like I’m breaking the rules, and I try most of the time to follow the rules (unless the rules are inane and then it doesn’t matter so much to me). Ever since I met Stephen he has been trying to wean me from always being a rule follower. I remember doing grocery shopping with him and he left his cart unattended to walk across the store and I looked at him in amazement, not realizing you could do that. I know, pretty simple. I feel sometimes like we have to hide with the kids in the trailer until school gets out around 3:00pm even though our homeschooling schedule is very different. We have main lesson in the morning, snack/recess, and then two more subjects before lunch. We’re done with school by noon and we have the afternoon to explore around town or wherever we might be. 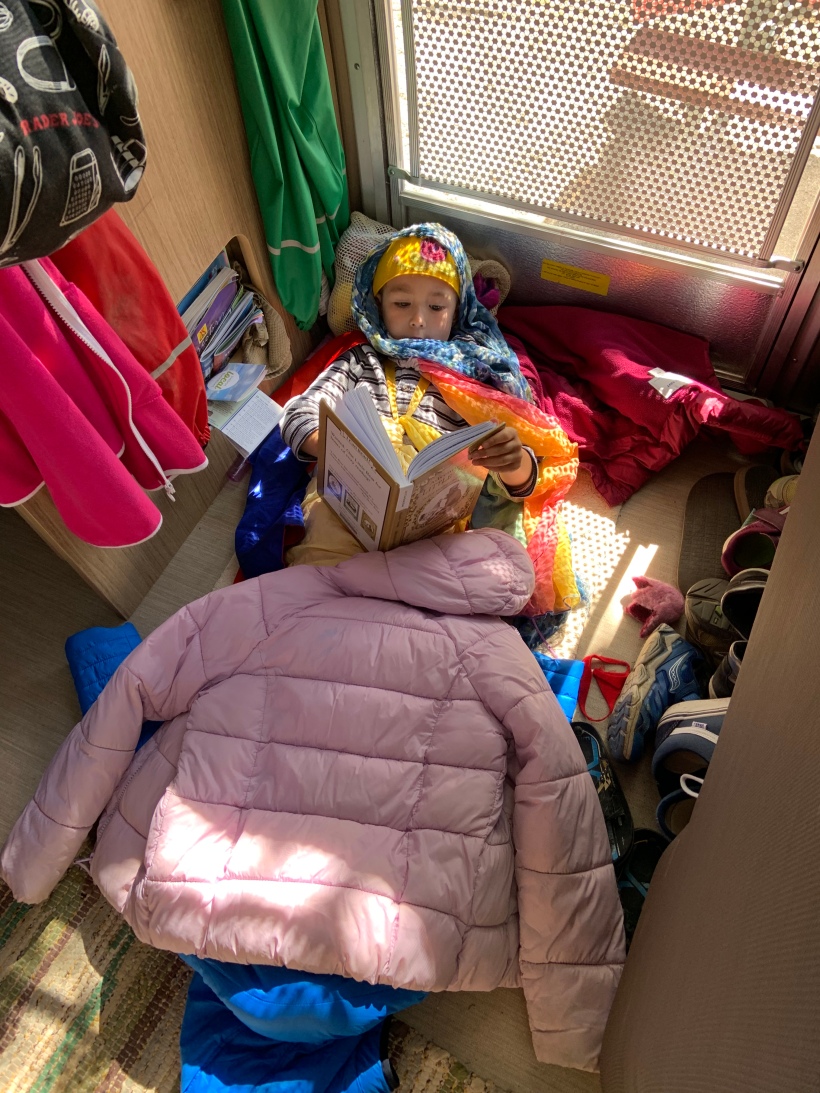 Dress up and rest time in the trailer 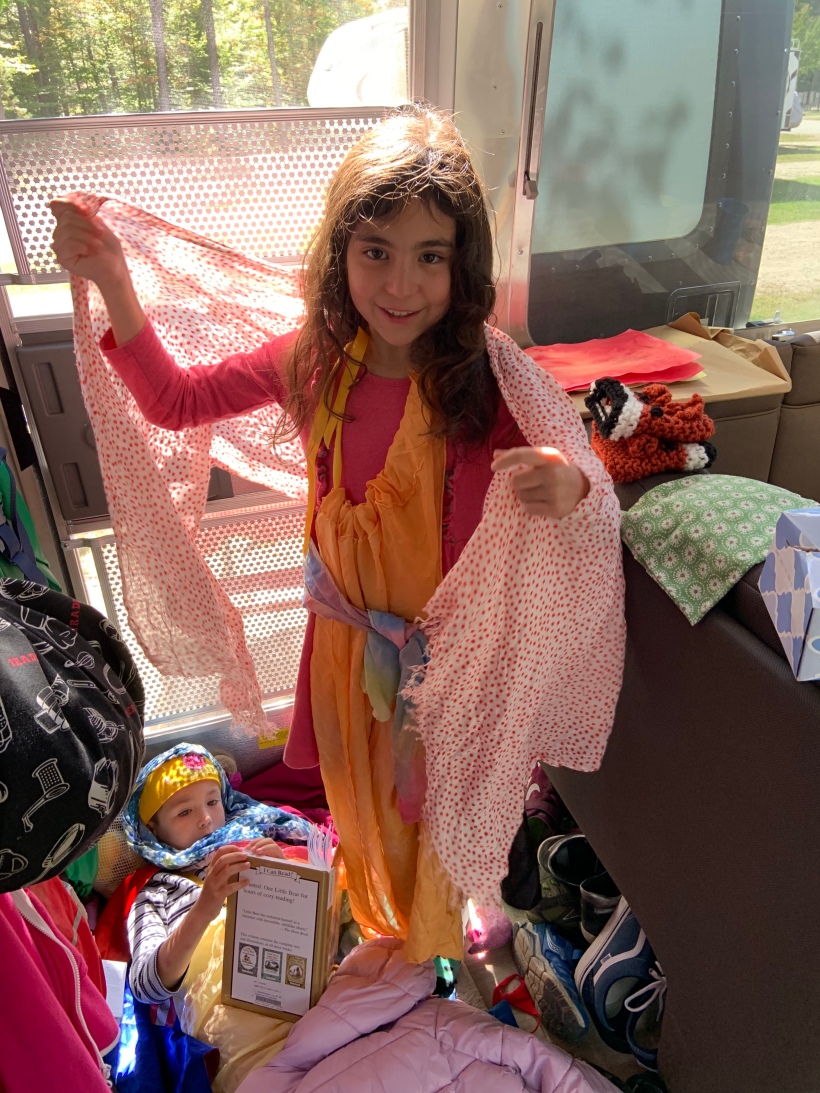 After we left Maine, we had a short stay at Danforth Bay Camping and RV park near Conway, New Hampshire. One afternoon we took a paddleboat out on the lake. 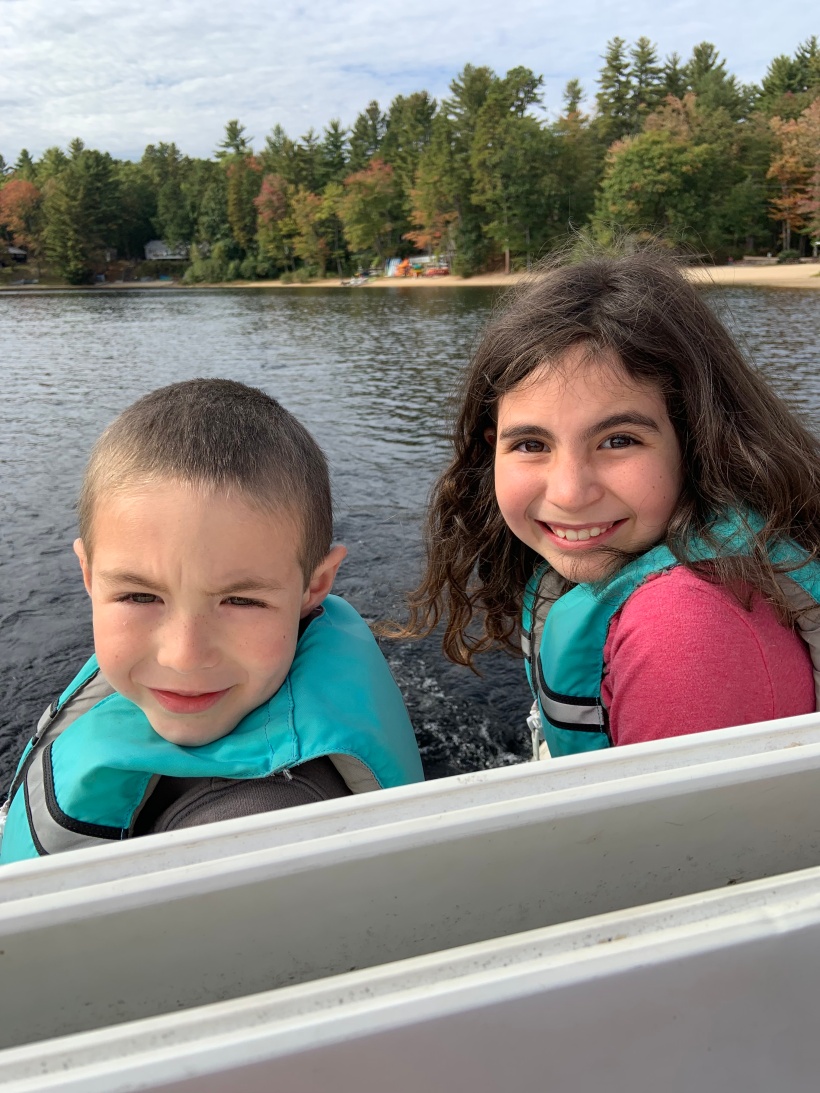 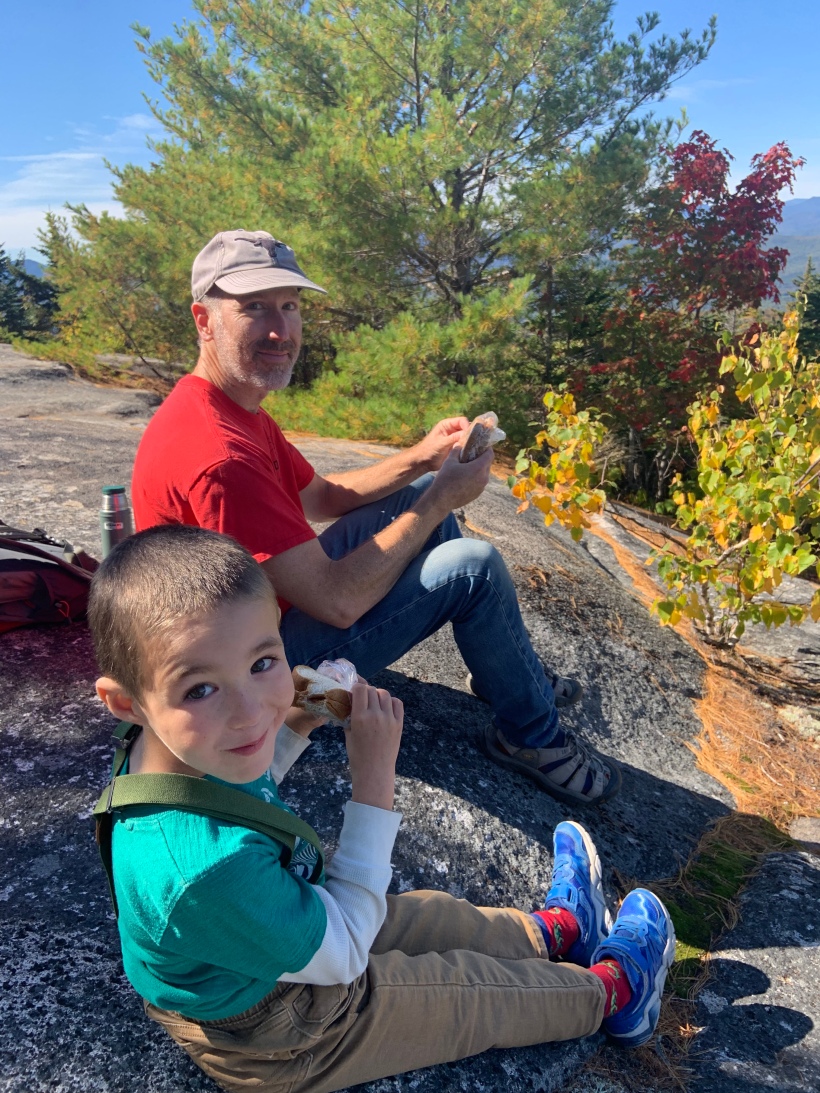 Eating lunch on a trail near Keene, New Hampshire

After leaving New Hampshire, we arrived back in Williamstown, Vermont. It was quite chilly there, staying in the mid 50s and dropping down below freezing one night. 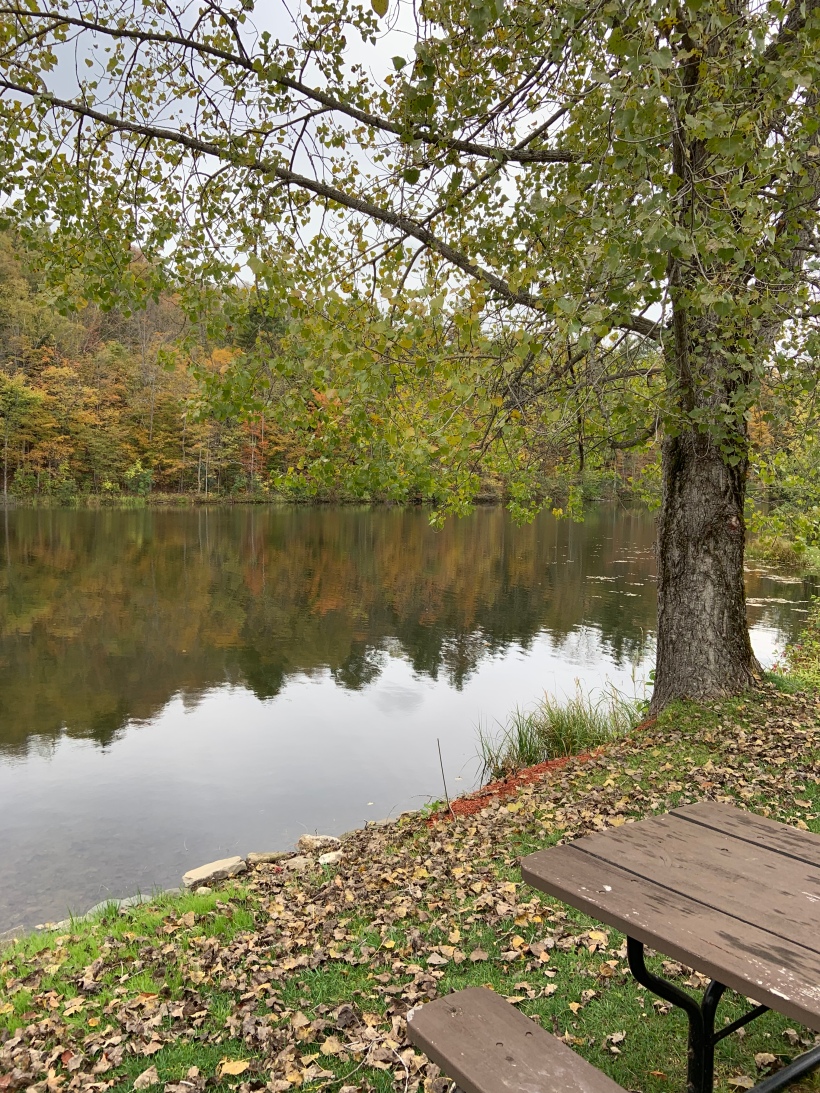 Our view from our campsite at Limehurst Lake near Williamstown, VT 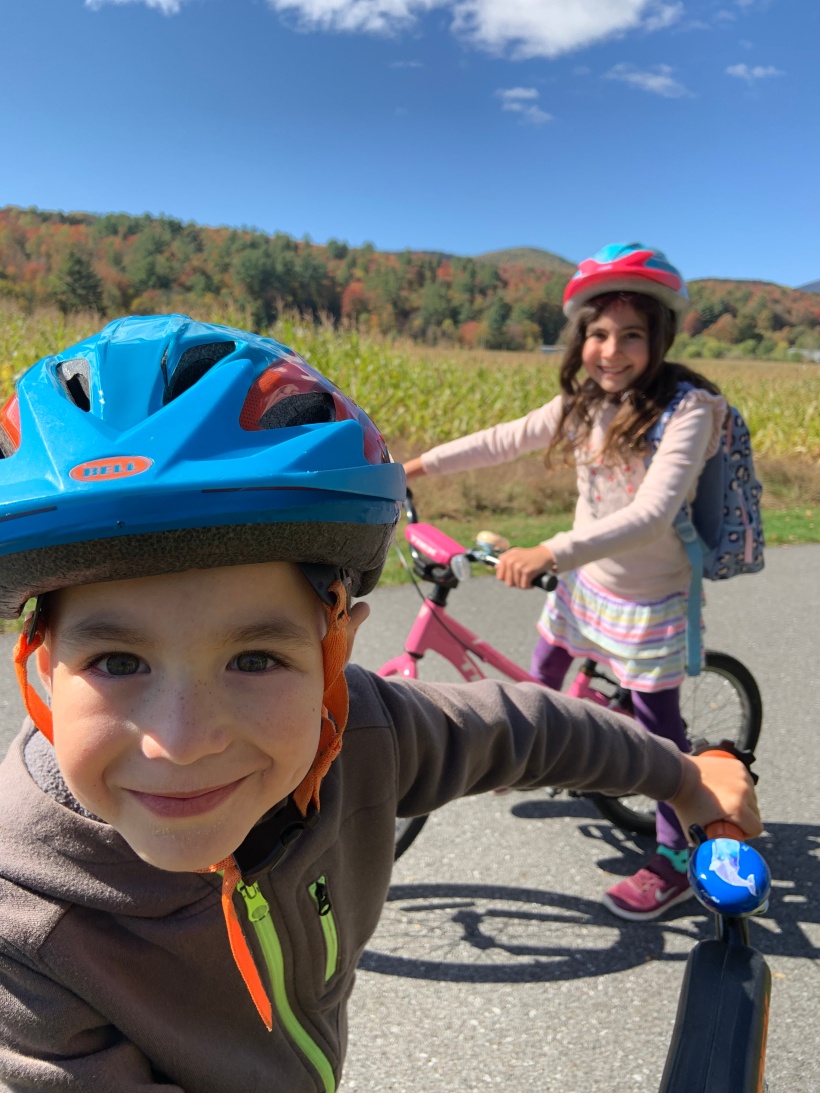 We drove up to Stowe, Vermont on Saturday. Stephen and I rented bikes and rode with the kids on a 10 mile trail that was quite crowded with other cyclists and people walking the trail. 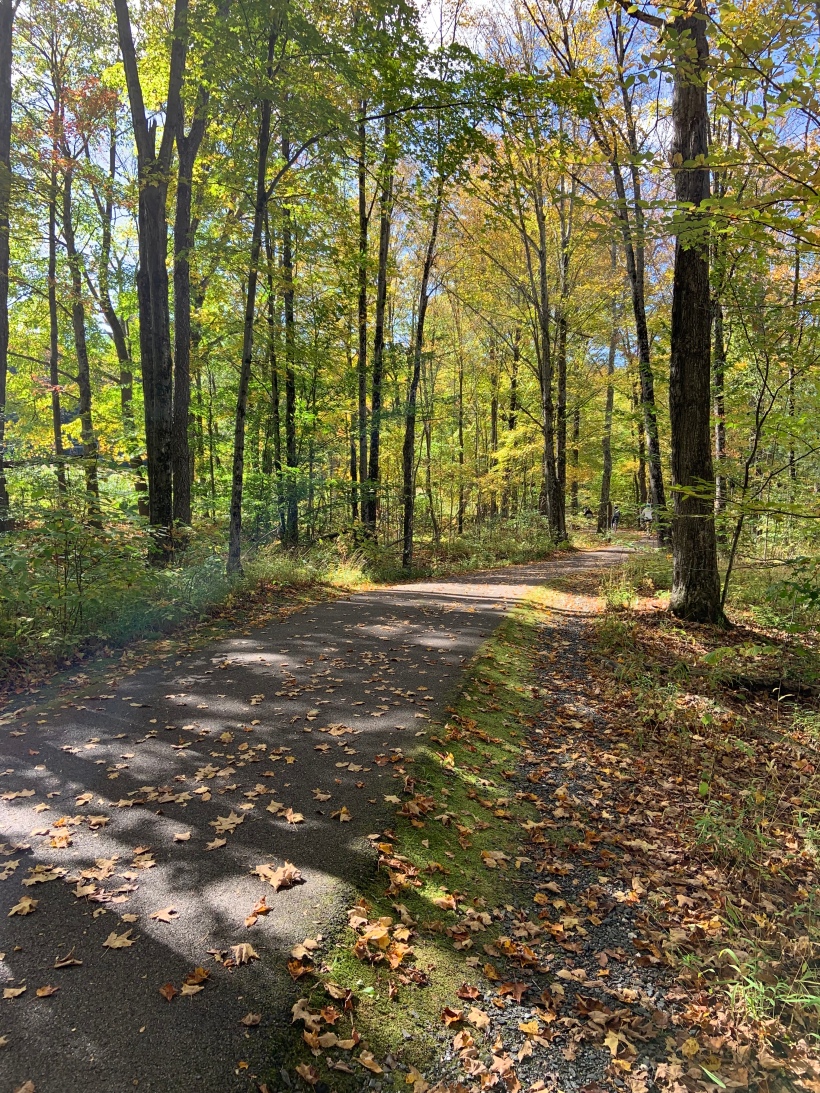 Yesterday we visited Shelburne Farm. Both of the kids had a chance to milk a cow, help feed pigs at a pig party, and bring the chickens home to their coop at the chicken run. 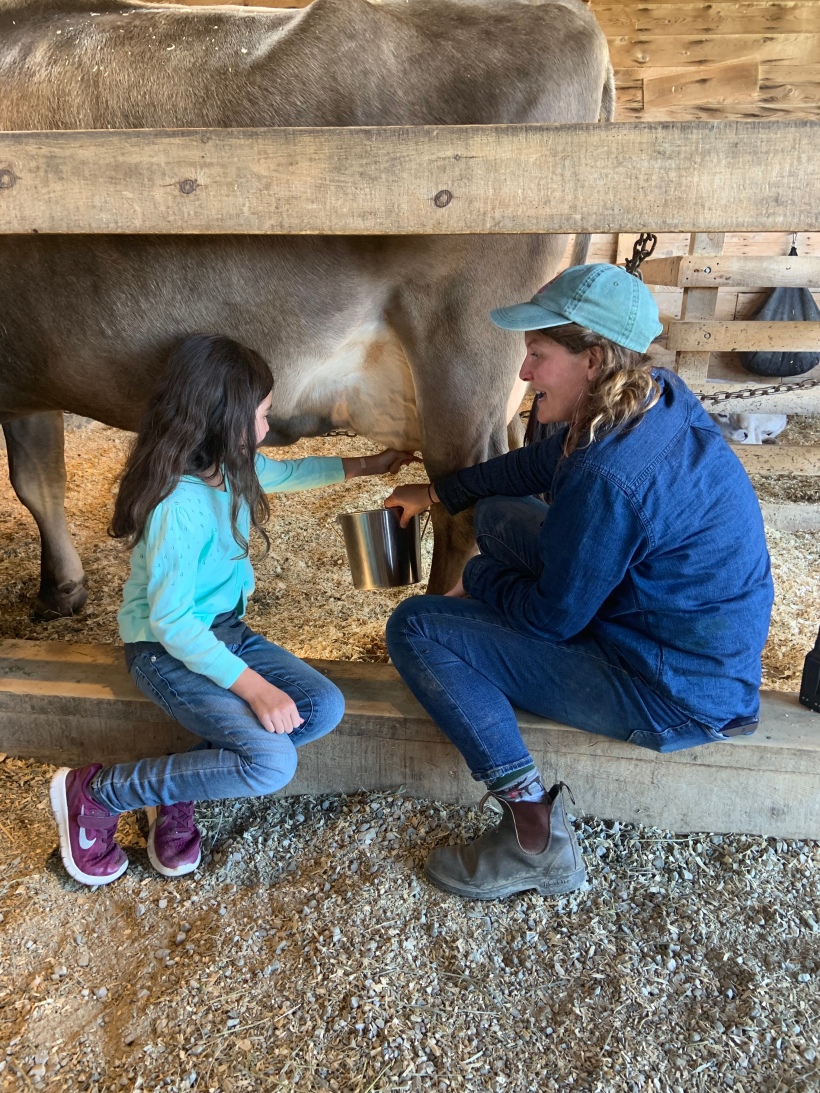 Zoey milking a cow at Shelburne Farm in VT 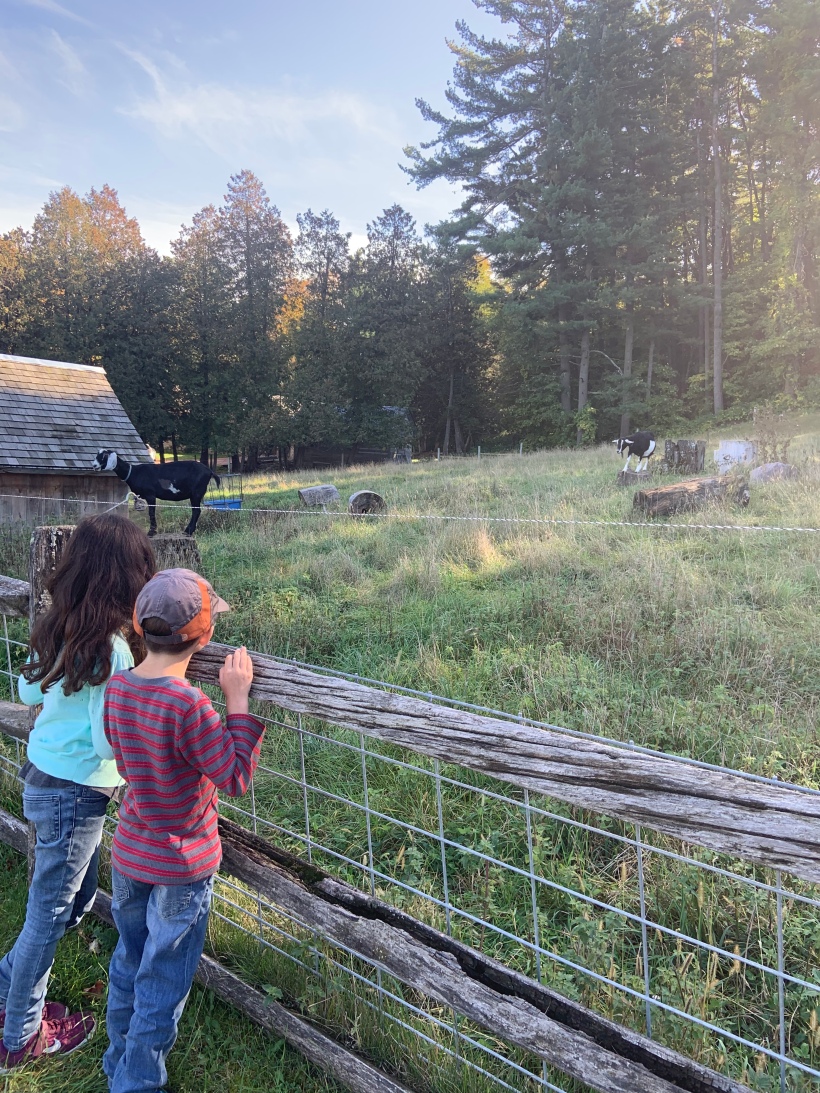 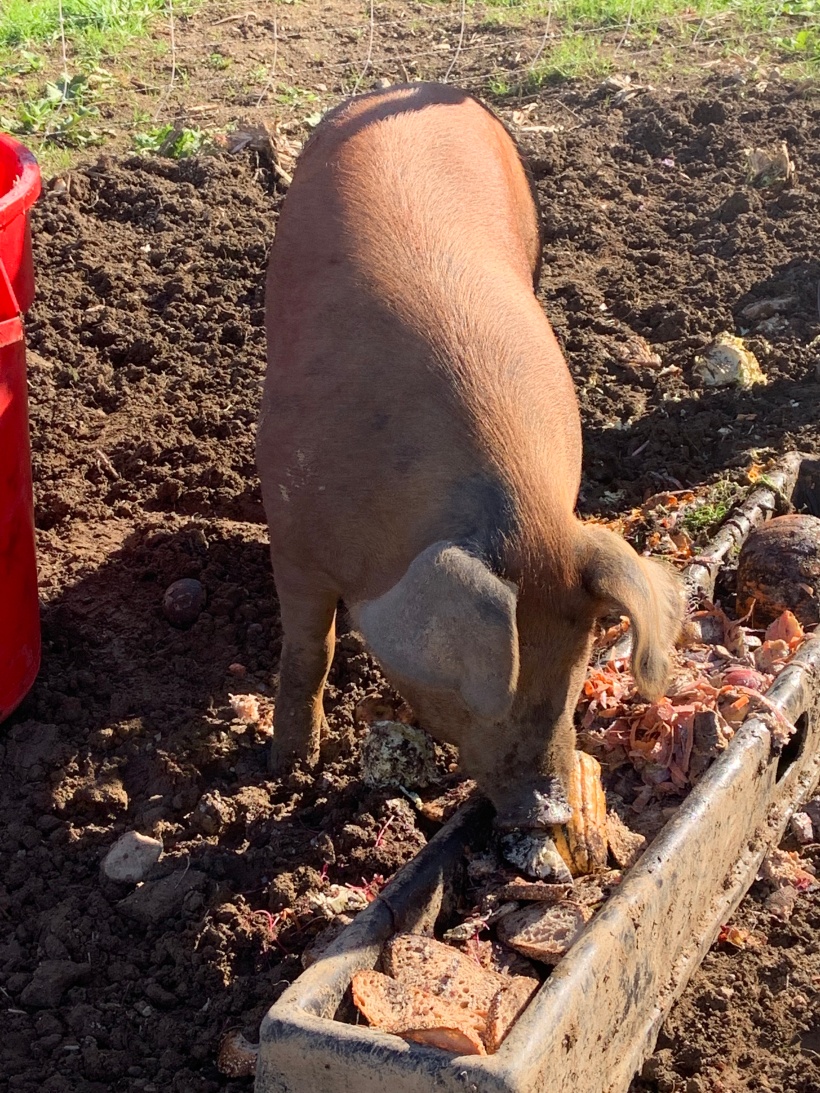 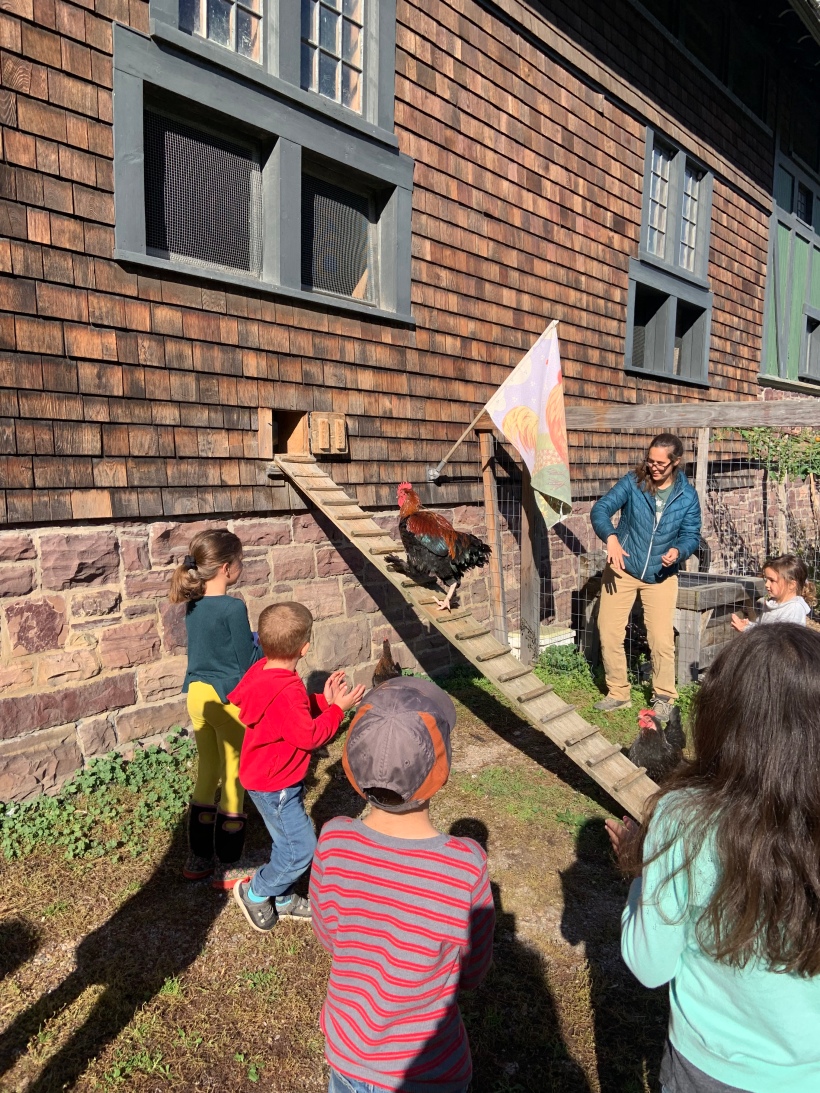 Chickens going to bed for the night

One thought on “School Days and Afternoon Adventures”