While eating lunch today at a Mexican restaurant, Stephen says to the kids, “Now don’t get too filled up on food here, because we gotta go to Costco and eat, too.” To put things into perspective, Zoey and Zane had already eaten a peanut butter and jelly sandwich in the car and Zoey had also consumed a cheese stick. Then a little while later he starts to look just past my left shoulder with a quizzical look on his face. It makes me turn to see what he is looking at.  I see a round, glass cabinet with figurines. He says to me, “It’s like they have a little museum in here.” I can’t tell if this is just funny to me or if you find it amusing, too–but there it is.  Just a little window into my husband’s mind.

So we get to Costco and we always have to stop by the Vitamix guy–you know the guy with the headset microphone making the smoothies? We had to wait for round #2 because by the time Stephen got to the table after round #1 all the cups were gone.  So after the second round of smoothies (or “ice cream” as the guy called it even though it was just frozen strawberries, bananas, ice, and a lime) are finished, Stephen goes to get cups for the kids and himself and Zane starts screaming. He quiets down as soon as the smoothie touches his mouth. I help him sip his smoothie and take it away for a second to push the cart. He starts screaming again until I give the cup back to him. He proceeded to scream each time Stephen went to get a sample of food just to let him know he also wanted a taste. Yes, we were that family with the screaming child. Who is this kid? 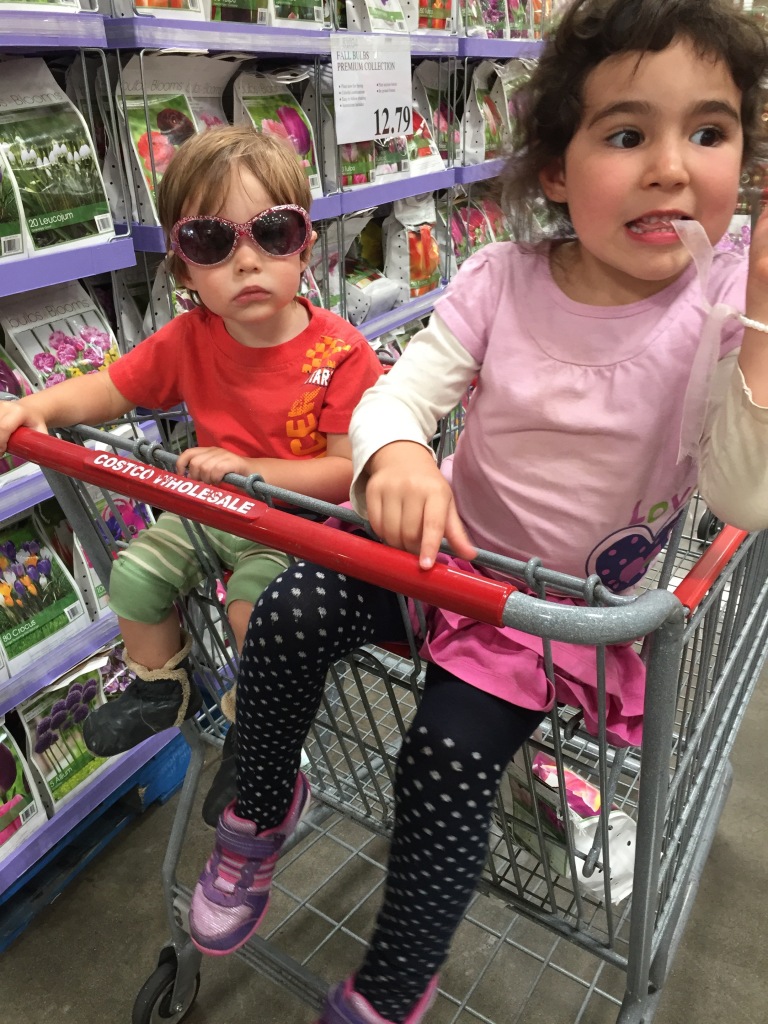 One thought on “The Sunglasses Kid”